A couple people hit me up after I posted about my marathon weekend at Disney World a couple weeks ago asking for training tips from my experience. Here’s the breakdown on how I trained.

Halhigdon.com (will open to another tab) – enough said. Lol. This appears to be the go-to resource. I asked someone for recommendations and she pointed me here. I’ve seen it mentioned in other websites and blogs. I overheard this guy while running the marathon mention the plan he was following told him to run 2 miles earlier that week… just like mine had… and then he dropped the name: Hal Higdon. I still don’t know a lot about this Hal guy, but he runs. A lot. Like 111 marathons a lot. Ugh, cannot even imagine lol.

You’ll also see different training levels for each length. As someone who ran in high school (cross country and track) and had been running 2-3 miles tops about twice a week, I chose Novice 2. It seemed easy enough. And actually he mentions the Novice levels should be used for those running their first marathon. So I’d probably recommend the same. He did run 109 marathons more than I did lol.

Regarding the once-a-week cross training – I didn’t do any cross training because Mr. Higdon said, if I have to ask what that is, just don’t do it. And I had to ask what it is. I think it’s because if it’s not already a routine and something you’re familiar, you’re more at risk of injury. Injuries suck, dudes.

– If you miss a day, do not make it up, or rather, don’t trip about it. Just keep with the plan. Sometimes if I missed a day in the beginning of the week, I would just push all training back one day. But if I missed in the middle, I would let it go. This way I learned to take things seriously (since I didn’t want to miss a day) and, ironically, not to take everything too seriously (it’s not the end of the world).
– Print out your plan, add details relevant to you (i.e. dates, number the weeks, etc.) and cross it off as you go. When looking forward, it’s really psychologically helpful to see the finite number and days ahead. It’s not some enigmatic number. There’s a system. And when looking back, you’ll feel extremely accomplished for coming along that far. You can actually feel proud of numbers in miles and days, rather than a nebulous idea of training plan in your head.
– Look ahead in your calendar and note when your long runs are. Plan around them. Or don’t. You’ll find it extremely difficult to try to fit your run in, especially the longer ones. At one point, it’ll ask to become a priority and it’s your decision about it that will make it happen or not.

Here are some things I picked up while training. 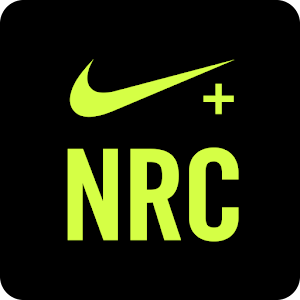 The biggest use I found was tracking my pace. I’m not sure exactly how accurate it is… but it gave me a benchmark for myself. I made it a goal to run at a 10 minute mile pace and so I made sure to listen for the lady hiding in the app to tell me my average pace at every mile. One thing I didn’t like was she only told me my average pace, not the actual pace for that mile. But over time, I learned to gauge my pace by seeing how it increased or decreased every mile.

I also liked this because you could enter the distance of your run and it’ll tell you where the half mark is. Super useful when you’re going to run back the same route so you can just turn around when she tells you you’re at half-way.

Actually – I just read reviews for this app and people who have used it prior to its upgrade in September 2016 HATE this app lolll. I, thankfully, am not one of them. Apparently, there were a massive overhaul of the functionality and design (e.g. deleting user data, taking away ability to run challenges with friends, etc.). I still think it’s worth trying out – it gets the job done. 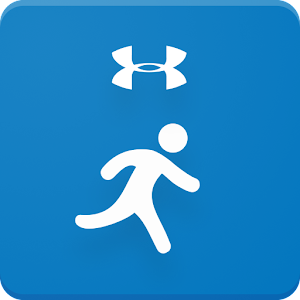 This is the app I first started with. It’s super useful, because unlike the Nike+ Run Club app, you can map out your run to the distance you want prior to running. It’s easiest to map it out on your desktop using a mouse – trust me. Then you have to send it to your phone via email, which has a link that will open the route in your app. Not very user-friendly lol but I could find no other way of mapping a distance and getting it on my phone.

The ONE THING THOUGH, which might negate my recommendation above to use it for mapping distances… Map My Run is inaccurate in tracking distances as you run. I’m not sure about the pre-routing function but for sure, it’s off by 1/10 mile every mile. I found out about half way into training for the first marathon and I was LIVID. But then I got over it and moved onto the Nike app. I wouldn’t recommend using this for tracking distances on the go.

Once I started running… about 8+ miles, I began to feel the drain. By mile 8 I was so fatigued; there have been more than one runs where I ran to the nearest pharmacy/convenience store and picked up a bottle of Gatorade and Clif Bar. Of course I was so thirsty and hungry I killed both within half a mile which inevitably killed the rest of the run. Running with a stomach sloshing with Gatorade and protein chunks is not the way to go, my friend.

Once I began to map my routes based on the number of CVS, Targets, Wal-Marts, etc. on the way, I knew I had a problem lol. The only way to overcome that was to prepare for those moments of hunger and thirst. I remembered from high school track and cross country days the energy gel packs we used to suck on half an hour before a race. I hit up my friend, Amazon, and ordered a box of these (image below): 24 count with 6 flavors for about 25 bucks. Not bad. I used about 2-3 a week since I wasn’t running huge distances during weekdays so it lasted me… about 7 months. There are tons of other brands and types – I have not tried them as I just went with what’s familiar to me. But you should read up on it if you’re curious or want to know the science behind it.

I would also take a small bottle of water which I would freeze the night before. I wouldn’t add any water. I did the first time and never did it again – even though everything melts to lukewarmness by mile 10, no need to expedite the process. Trust. 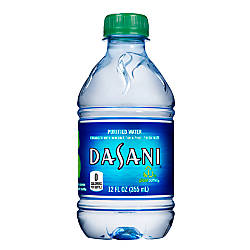 After I bought the gel and found a nice-sized water bottle, I realized… how the hell was I going to carry alla this and my phone? Not to worry – thanks to a Buzzfeed video (see 1:02) my brother shared with me, I got the idea to use a sock to hold everything. Since my water bottle was tiny enough, I was able to stick my water bottle and energy gels in the sock. And I always stuck the finished gel packs back in the sock to toss when I got home. Lol. I can be a stickler for littering – so should you! Lol jk I’m not your mom. But it’s always a little disheartening to see energy gels strewn over the road. You’re not a child.

I ran the streets of Fullerton and Buena Park, going all the way down Beach Blvd, looping around. At one point in my training, when I hit 10+ miles, that became a pain in the ass to map out. I was constantly trying to map out different routes, guessing and measuring what 15 miles looks like. That’s when I hit up the riverbed. I’m not sure where y’all live but I live pretty close to Coyote Creek riverbed, about a 8 minute drive from home. It’s void of cars and traffic lights. When I get on the riverbed, all I know is the asphalt and my breathing. It removes the need to actively figure out where my next turn is. Maybe some people like that and want to be stimulated while they run but that’s just me. I like getting lost and letting my mind wander.

If I could do anything differently…

I probably wouldn’t. I did everything based on what I knew and figured things out as I went. I didn’t worry about eating right; the more I ran and was active, the more conscious I was about what I was putting in my body anyway. I found myself eating healthier without really trying. It got me in the mindset that if I’m asking my body to run this ludicrous distance, I better be fueling it properly. Simple.

Anyway, if there’s anything I can say to people embarking on this journey – because it is a journey – it’s: chill. Enjoy it. There is no right or wrong way to train (obviously going out the night before isn’t extremely conducive to a productive run the next day) but understand it’s a partnership between the mind and the body. It’s feeling out the intersection and making both happy that will ultimately make you happy. Just do you.

26.2 miles doesn’t begin with 26.2 miles. It begins with a decision, a plan, and showing up. 3 miles are enough for the day, if that’s what’s the plan is requiring. 5 miles are enough, 8 miles, 10, 13… I learned to focus on the steps and before I knew it, I was running the whole damn thing. I would never have been able to even sign up if all I could think about was “26.2”. And actually, I never would have, period. It all started because I met a friend who insisted we run the Disney marathon weekend. I was extremely unsure – like I mentioned, I had been running 2-3 miles, maybe twice a week. But I made the decision and showed up every day (except a few days I was sick or camping).

People I run into gush about this like it’s an accomplishment of a lifetime and I don’t take away my credit. But considering the little daily things, it doesn’t feel like it was this impossible thing. It begins somewhere and it begins small. That translates to a lot of other things in my life. Love it.

I hope this has been helpful for those looking into training, marathon or 5k. It’s not professional or scientific lol but it’s my experience. The bottom line is finding what works for you. Please feel free to hit me up about any questions – I’d love to help in any way!

Thanks for reading this ridiculously long thing.

I wanna know what you think Cancel reply

Walking my journey, evolving endlessly into the Me I came to Be.